Mould Removal Melbourne Experts, Capital Restoration (a division of Capital Facility Services) are amazed at how often poor drainage and ventilation under Melburnian homes result in an issue of mould and mildew. The build-up of moisture in the confined dark crawl space under one’s home provides the perfect environment for mould to thrive and spread. It is hidden from sight and not something that is easy to identify until the issues become a critical one. 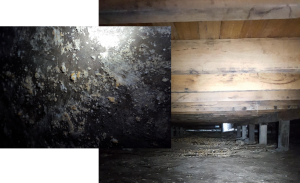 Some tips to avoid Mould from growing under your home

What to do if you have mould under your home 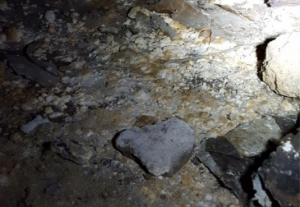 If you suspect you have mould under your home, then ensure you call a professional mould removal specialist organisation in Melbourne. Do not try and deal with toxic mould yourself.

Capital is an IICRC mould removal company that can access any suspicion you have that there is mould growing under your home. Our Restoration technicians will use a range of techniques to determine if there is a mould issue and the extent of the issue and will then devise a plan to remove the mould. We will check under your home but would suggest that we also check for mould in your home also to cover all bases and do a thorough investigation.

Mould is toxic and you should never expose yourself to it without the correct personal protective gear and use of special respirators. You and your family should not be living in mouldy environments as mould is detrimental to your health.

Do not put yourself at risk, call Capital on 1300 554 418 to find out about our Mould Removal Services and Mould Assessment offers across Melbourne.